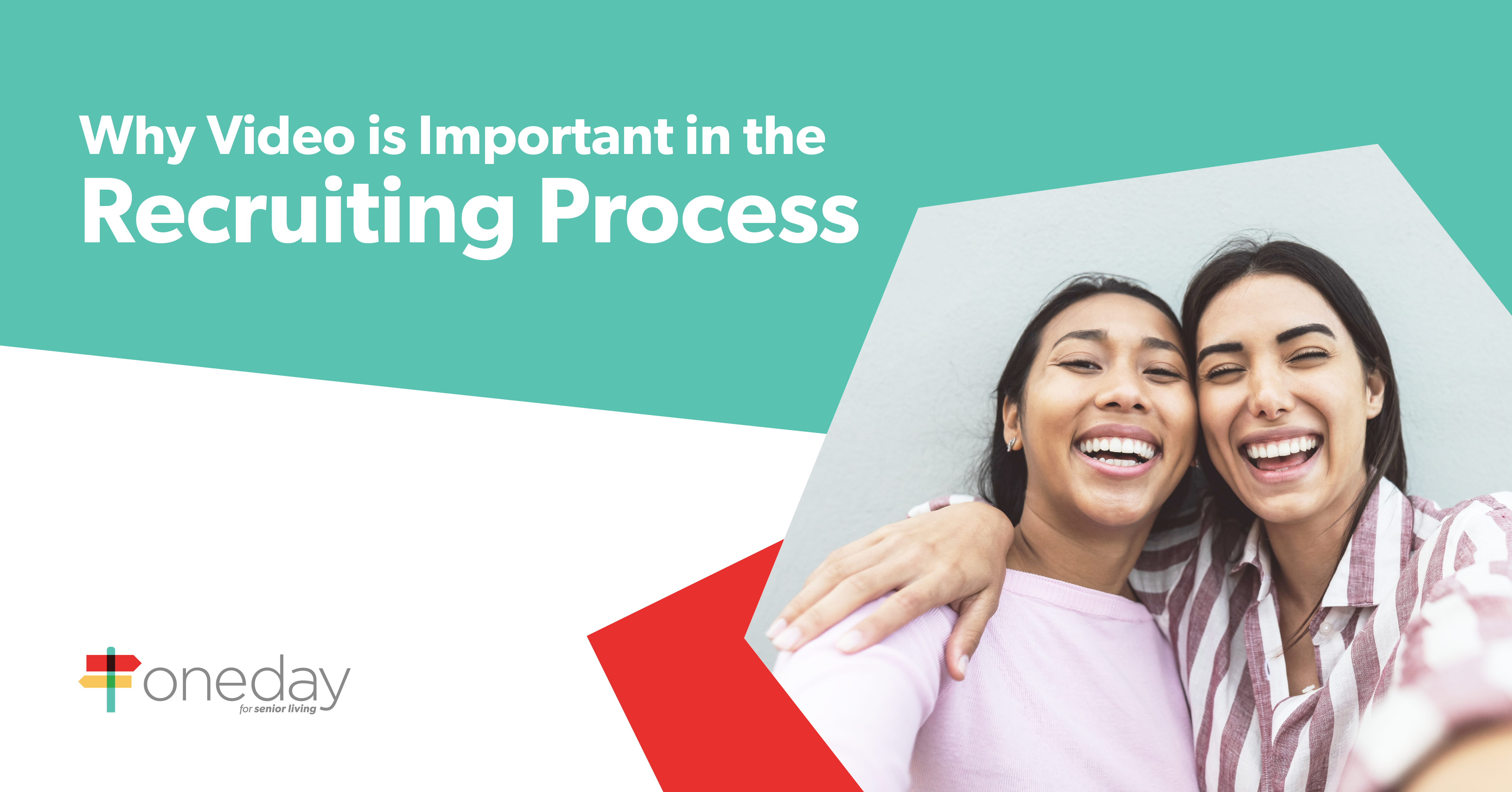 Why Video Is Important in the Recruiting Process

If there’s one issue that uniformly impacts every senior living community I’ve worked with here at OneDay, it’s staffing. Simply put, no matter the location or age of your senior living facilities, there’s a good chance the inability to attract top talent is a perpetual thorn in your Human Resources team’s side.

Yes, ineffective recruiting – and staffing issues in general – significantly impact everything from NOI and occupancy rates to employee engagement and resident satisfaction. But rather than focusing on its negative effects, I instead want to discuss how video just might be the solution you’ve been searching for to supercharge your recruiting strategy and start landing the talent your community needs to thrive.

A successful recruiting and hiring process identifies and attracts people that will add value to your community and team. However, it's just as important that you can provide value to the people you’re trying to hire for an open position.

Put another way, the employer/employee relationship is a two-way street, so if your community isn’t able to maintain a fun, healthy, happy, and satisfying workplace environment, your chances of attracting and retaining key workers are essentially nil.

But I’m going to guess your community puts an awful lot of stock into creating such an environment. And given the massive employee turnover rates across senior living, it’s safe to assume you’re doing something different, something better than other communities when it comes to cultivating your culture. So why not use that as a recruiting tool?

Just like you can use OneDay videos to showcase the quality of life you provide through Resident Stories, you can also shine a bright spotlight on what makes your community such a special place to work.

To that end, take a few minutes to conduct brief on-camera interviews of different people on your staff, what they love about the community and their jobs, and really let their smiles and passion be the star of the show.

Once again, video is the most engaging and immersive content format, far surpassing text and even pictures in its ability to tell a story. Use that to your advantage by creating videos that let a recruit imagine what it’s like to work in your community.

Building on that previous point, a potential hire is never going to make a fully-informed decision about joining your team until they have a good understanding of what it’s like there on a day-to-day basis. Naturally, video is the perfect way to provide that all-important peek behind the community curtain.

For example, try shadowing someone that’s already in a similar position on your team. Take the viewer behind the scenes in the role – a caregiver, for instance – show what the normal responsibilities are, and speak directly to the applicant about what they should expect.

This approach is infinitely more powerful and impactful than the typical list of bullet points they’ll receive elsewhere. Remember, you’re not just competing with other senior living communities but, depending on the applicant and their goals, companies from other industries as well. In other words, it’s stiff competition so dare to be different and memorable.

Think about the way most people scroll through their social media feeds. They do it almost mindlessly, continuously scrolling until something catches their eye. Jobseekers go through available positions in a similar way, where the vast majority of postings look and sound the same and, thus, don’t grasp a person’s attention.

Video is a simple but powerful way to stand out from the oceans of other job postings floating around the internet on any given day. Even though it only takes a few minutes to record a video job posting, the ability to describe the open position, your community, and what makes the opportunity so special in such an engaging way is an automatic competitive edge against other potential employers.

Create Comfort Around the Interviewing Process

Whether it’s an 18-year-old interviewing for their first job or a senior living industry veteran trying to join your management ranks, applicants will always be nervous to some degree. Therefore, anything you can do to make a potential hire feel more comfortable is something that will resonate with an applicant and make sure your community sticks in their memory.

A great way to develop that sense of comfort and familiarity is for the person conducting the interview to create and send an introduction video to a candidate. It doesn’t have to be long or in-depth, but just a brief message that is friendly, welcoming, and expresses how excited your team members are to meet the potential hire.

Also, this type of video will help the interviewer or hiring manager establish a rapport with the person, laying the groundwork for openness and vulnerability. Of course, both of these are critical in ensuring the interview is honest, forthcoming, and productive, from both sides of the job interview fence.

Suffice it to say, a personal and personalized video from the interviewer is yet another instance where investing just a few minutes into a OneDay video can pay massive dividends in your recruitment efforts.

Finally, there’s no better way to establish familiarity and a feeling of belonging than introducing your current employees through a video. In a sense, creating a video featuring the people the applicant will be working with every day has the same disarming effect as a video from an interviewer.

Once again, the goal is to make a potential hire feel like they’re at home before they even accept the position, as if they're already part of the team. Along with the previous points I’ve discussed, these quick, simple, but potent OneDay video tips can send your talent acquisition into overdrive and Attract the ideal people for your open seats, team, and culture.

Want to see OneDay in action?

Learn how this Missouri-based senior living community increased move-ins by 14% and annual revenue by $1.35 million! 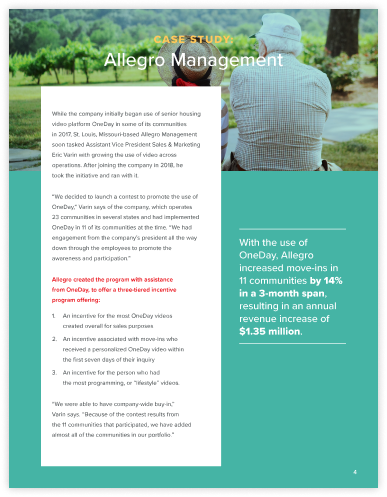 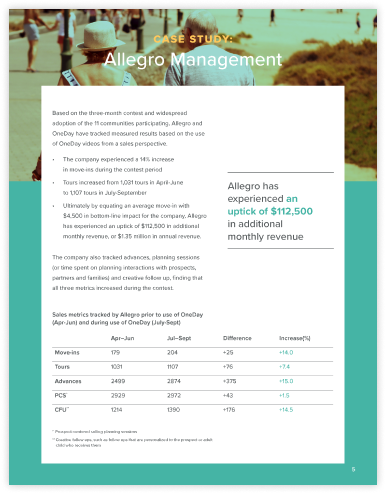 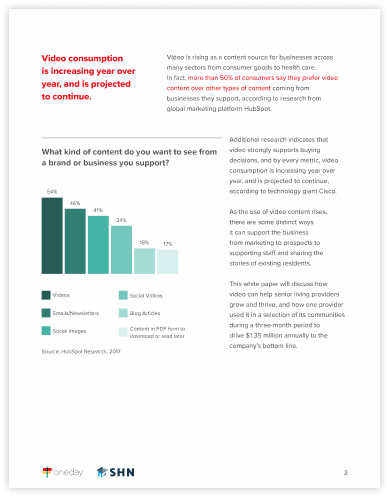 4 Tips to Create Authentic and Engaging ...

Why Video Is Key to Showcasing Your ... 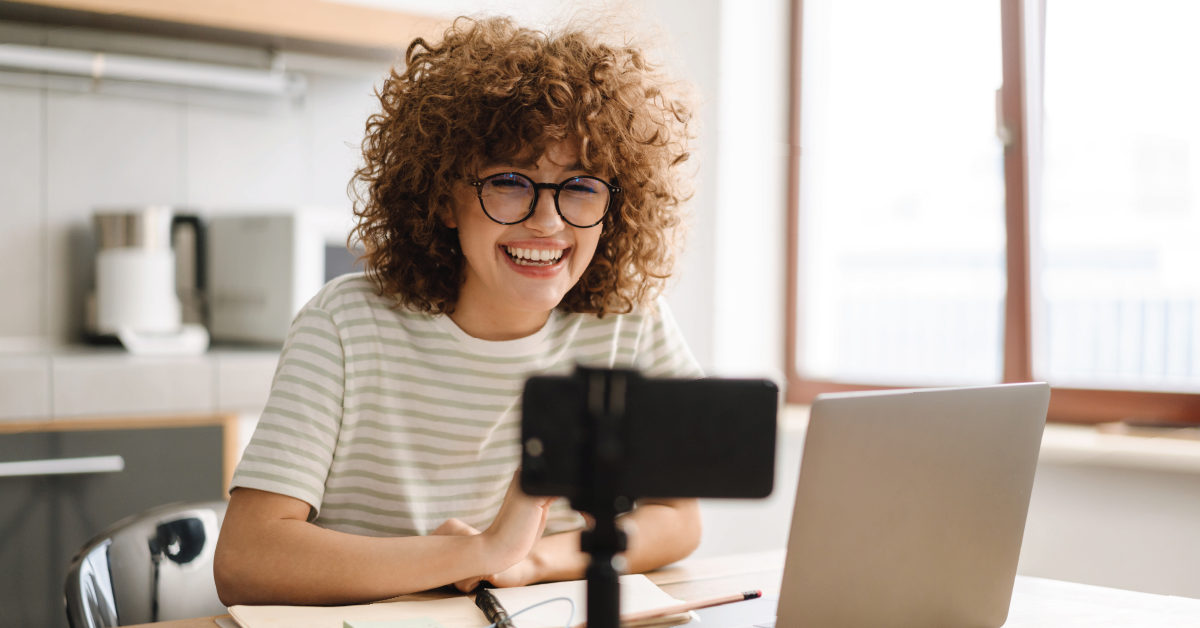